How to Get Maritime Traffic Data?

Why maritime traffic data is important on a global scale?

Maritime traffic data services make sure that vessel flow goes smooth. It makes sure there are no collisions on the sea. As Vessels accidents may lead to vessel damage, oil spills, environmental pollution, and loss of transported goods. 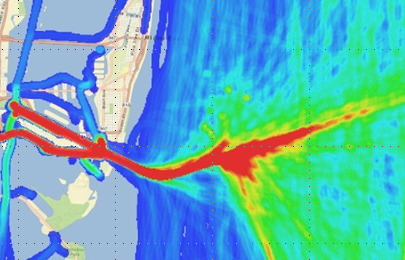 Back in the days when Vessel Traffic System (VTS) did not exist, the ship crew was in full charge of manual navigation. The ship would signal docking intention by waving with a flag. With a growing number of maritime fleet and busier maritime traffic, manual signaling wasn’t efficient enough anymore. Vessels accidents became more common to the point when the world realized there is a need for a unified VTS.

Because of that IMO implemented resolution A.578(14) in 1985 which dictates the guidelines for Vessel Traffic Services. At roughly the same time other VTS organizations started appearing (IMPA, IFSMA, IALA, IHMA and IAPH). They are nowadays are also part of standardized VTS protocol.

How to access vessels traffic databases based on AIS?

All data about ships traffic such as historic ais maritime traffic and live maritime traffic is processed and stored using Automatic Identification System (AIS). Each vessel has an AIS device. After that device emits signals to AIS receiving stations either Terrestrial or Satellite AIS receivers. In the end, different Datalastic partners then receive and decode the AIS maritime data. Datalastic platform takes this information from there and stores it in our databases.

All in all, Datalastic REST API web services stores historical maritime information, real-live maritime traffic overview, and future ships maritime traffic forecast. It is very cheap and easy to get the API key and begin using the data for your project or application.

To download your invoice, please fill in your company details, we are redirecting you to do so.